Art of Losing (the)

It has appeared in the movies 'Freaky Friday' and 'American Wedding' and in one episode of 'Malcolm in the Middle'. It was also used in trailers for the films 'The Perfect Score', 'Fever Pitch', 'Hot Rod', 'Mr. Woodcock' and 'Speed Racer'. According to Stacy Jones, frontman of the band: "The song is about being the underdog, but learning to do things your way... People say, ‘Hey, you could do it this way or that way to be more successful.’ But the song is about telling them, ‘I’ll do it my way." 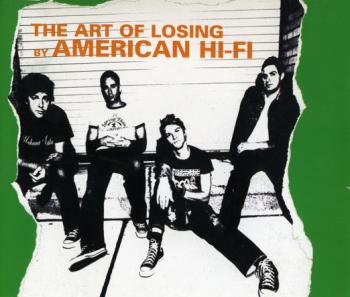 'The Art of Losing' single sleeve