Born as Thomas Paul Frederick Dutton in Wolverhampton, West Midlands (UK), Tom Aspaul grew up in a council estate. He started writing songs from an early age but didn't get involved in the local music scene. Instead, he studied architecture, followed by a master's at Central Saint Martins College of Art and Design in London.

While still studying his career in music took off. He met several A&Rs and music managers during his shifts working in an East London pub and was eventually drafted to help write new material for the newly reformed Sugababes in 2012. In 2013 he uploaded a demo to Soundcloud, which led to a recording contract with On Repeat Records. His single 'Indiana' was covered and renamed as 'Feels So Good' by Kylie Minogue on her 2014 album 'Kiss Me Once'.

After the success of 'Indiana' Tom released his second single 'Good Together' in December 2014. In November 2015, Tom was chosen by BBC Radio 2 DJ, Jo Whiley as one of three acts from the West Midlands to perform at her BBC Introducing showcase, preceding the BBC Music Awards in Birmingham.

Tom released his first full EP, 'LEFT' on BLK&WHT records in November 2016, featuring work with frequent collaborators MNEK and GRADES. 2017 saw more collaborations, with Tom's vocals featuring on several EDM/dance and house tracks, including songs by Viceroy, Bronze Whale and Sleepy Tom. Aspaul returned in May 2019 with 'Back 2 Earth', his first proper single in three years.

Tom's debut album 'Black Country Disco' was released in September 2020. The album was sonically inspired by disco from the 1970's and 1980's and primarily produced and co-written with Israeli producer and songwriter Gil Lewis. The album featured the singles 'Traces', 'Close 2 Me', W.M., 'Tender' and '01902'.

Tom Aspaul joined Kim Wilde on the song 'You're My Karma', to be released on Kim's Greatest Hits album in the summer of 2021. 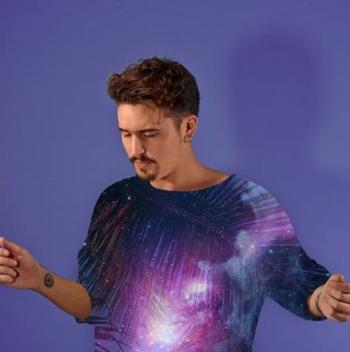