Badgers are the UK’s largest land predator and are one of the most well-known British species. They are famed for their black and white stripes and sturdy body, using their strong front paws to dig for food and to perfect their hobbit-like burrows, called ‘setts’. You know if a sett is lived in as it is usually neat and tidy with clean doorways marked with piles of used bedding made up of dry grass and leaves. There will also be a particularly smelly pit nearby that the badgers use as a toilet! They feed on small mammals, birds’ eggs, worms, fruit and plants.

Badgers have a long history of cruelty and persecution in the UK spanning hundreds of years. To this day badgers remain one of the most persecuted of all species despite having one of the highest level of protection in law. From blood sports to development concerns, thousands of badgers become the victims of wildlife crimes each year.

Kim Wilde appeared in an episode of the ITV series Earth Dweller's Guide on 30 August 1990 to focus attention on the plight of badgers.  She interviewed various caretakers of badgers and a policeman.

Coincidentally, in the book Knitting Wildlife she appeared in a sweater with a badger motif. 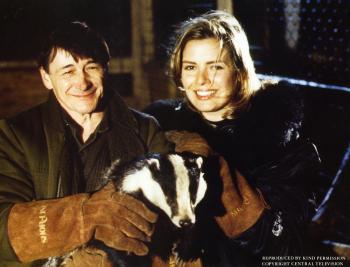 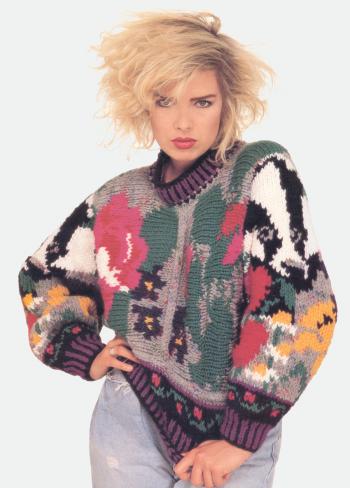