German rock and roll band founded by Sven Budja, Rüdiger Brans and Sebastian Raetzel in Berlin in 2007. They became popular with 1950s and 1960s style rock cover versions of modern hits such as 'Umbrella' by Rihanna, 'Crazy in Love' by Beyoncé, 'Hot n Cold' by Katy Perry and 'Call Me Maybe' by Carly Rae Jepsen.

Their debut album 'Strike!' was released in 2009. It was a top 5 hit in albums charts all over Europe. They followed this up with 'Strike! Back' (2010) and 'Strings 'n' Stripes' (2011), which were almost equally successful. In 2010 the band supported guitarist Jeff Beck on his Emotion and Commotion Tour as his opening act. A handful of albums followed, which were mostly successful in Germany and Austria.

In 2021, they released 'Hot Shots'. The album featured cover versions of hits from the 1980s, including Kim Wilde's Kids in America. 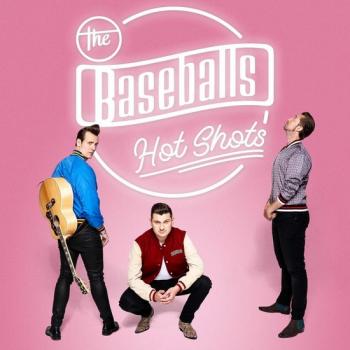