Beautiful Boy was founded by Singer Dane Etteridge, who began writing and demoing a handful of songs with the intention of starting a new band. He teamed up with Simon Goldring (drums), Joseph Heaselgrave (guitar), Greg Bishop (bass) and Tom Beck (organ/keys). They named themselves after the John Lennon track 'Beautiful boy (Darling boy)'.

Their debut single 'Home' was released in 2014. With just a few tracks released and a handful of live shows under their belt, they were invited to record two tracks for the RAK Singles Club. The original track 'Bodies' was coupled with the band's cover version of Kids in America. 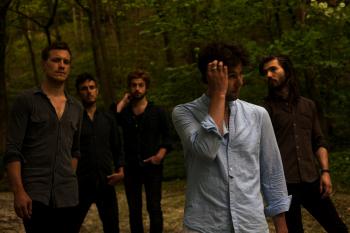