Edward Bell is an artist who is best known in the music world for his collaborations with celebrities, designing iconic album covers for David Bowie (Scary Monsters and Time Machine) and Hazel O'Connor (Sons and Lovers), as well as portraits of other familiar figures, including Elton John. Bell has also done photography and illustrated for Vogue magazine.

In 1983, he made a portrait in watercolours of Kim Wilde. This was sent to her and hung on the walls of her parents' home for some time. Kim has also owned the portrait herself for some time.

Edward Bell dropped out of the London art scene, for a while became a self-confessed 'junkie', but never stopped painting. More recently, Bell has made oil paintings of specific rural moments (most typically a dawn or a sunset), as well as nudes. 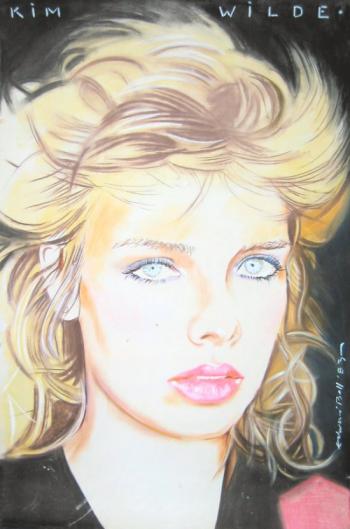