Best of Kim Wilde (the)

In 1996, this compilation was released in Holland by one of EMI's labels, Disky. It was a repackaged version of The Gold Collection, containing the albums Kim Wilde and Select.

This album contains the tracks Kids in America, Chequered Love, Water on Glass, Everything We Know, Young Heroes, 2 6 5 8 0, You'll Never Be So Wrong, Falling Out, Tuning in Tuning on, Ego, View From a Bridge, Words Fell Down, Action City, Just a Feeling, Chaos at the Airport, Take Me Tonight, Can You Come Over, Wendy Sadd, Our town and Cambodia Reprise.

'The best of Kim Wilde' was released on CD. There was also a three cd picture disc set, containing a total of 18 tracks, entitled Best of Kim Wilde.
See this page in the discography. 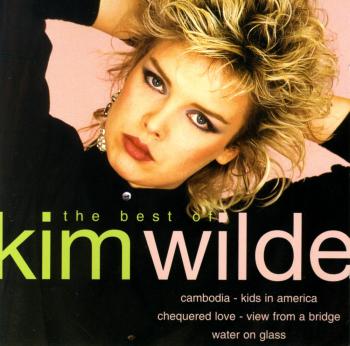