Song written by Cy Coleman and Dorothy Fields for the musical 'Sweet Charity', first performed in 1966. It is sung, in the musical, by the dance hostess "girls"; it was choreographed by Bob Fosse for the Broadway musical and the film. It is "set to the beat of a striptease" as the girls "taunt" the customers. A hit version of the song by Shirley Bassey reached number 21 in the UK Singles Chart in December 1967. The song has become one of Bassey's signature songs.

In the programme Celebrity Antiques Roadtrip, broadcast by the BBC on November 29, 2013, Kim Wilde sings a line from the song during a rummage through an old antiques shop. 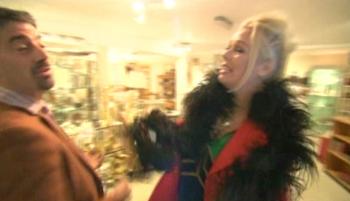