Born in San Diego, California, USA on November 14, 1951. In 1967, he formed his first group, the Weeds, who taped some Beatles'-inspired demos in Los Angeles before disbanding. During a consequent seven-year search for a solo recording contract, Bishop worked as a composer for a publishing house before landing a contract in 1976 via the patronage of Art Garfunkel. Indeed, his debut album for ABC Records. Careless, was much in the style of his champion. It also employed the cream of Los Angeles session players. Fortunately for ABC, it was nominated for a Grammy and, like the succeeding "Bish", hovered in the lower reaches of the national Top 40 for several months. The spin-off singles (particularly "On And On" from "Careless") also fared well. The Four Tops, Chaka Khan and Barbra Streisand covered his compositions and Bishop gained studio assistance from Khan, Garfunkel, Gary Brooker, Steve Cropper, Phil Collins and other stars. He returned these favours by contributing to Collins' "Face Value", and composing Separate Lives, the Englishman's duet with Marilyn Martin from the movie "White Nights".
This song was originally intended for a new album in 1985. One of the songs on that album featured Kim Wilde on backing vocals. However, this album was never released. 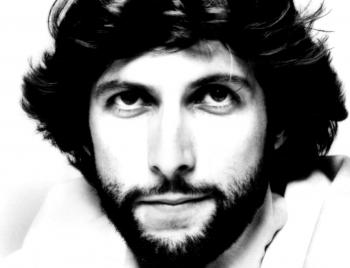