The Finnish band Bitch Alert was originally founded in 1997 by Heinie, Maritta and Maria. When Maria left the band she was replaced by new member Kimmo. In 2000, they changed their band name to Bitch Alert and signed a recording contract with Poko Records. Their first single 'Monday' was released in January 2001. It was followed by the debut album 'Pay for orgasm'. In 2002, they followed this up with their second album '..rriot!', which featured the single 'Sandy. Their cover of Kids in America appeared as a non-album B-side on this single.

A few more albums and single followed, until the band broke up in 2008. 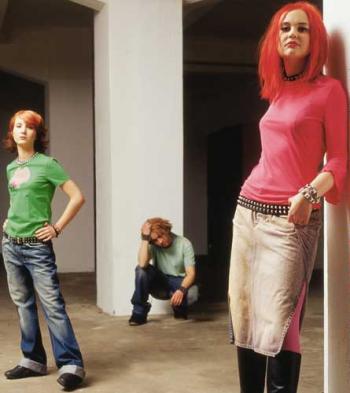