1982 movie directed by Ridley Scott. Set in the Los Angeles of 2019, the film prophesizes that science will have developed a race of androids called Replicants, designed for manual labour and sexual gratification and assembled with a built-in self-destruction date. Since these Replicants are intended to work on other planets, it is a crime punishable by death for Replicants to return to Earth. Harrison Ford plays a "Blade runner", a special officer designed to track down renegade Replicants. His current assignment is to destruct four mutineering androids. Through his romance with one of the androids, Ford regains much of the humanity that he has lost during his years in service for the State. He also learns that "human" is a relative term indeed in this futuristic society.
This movie was the inspiration for the song Bladerunner. 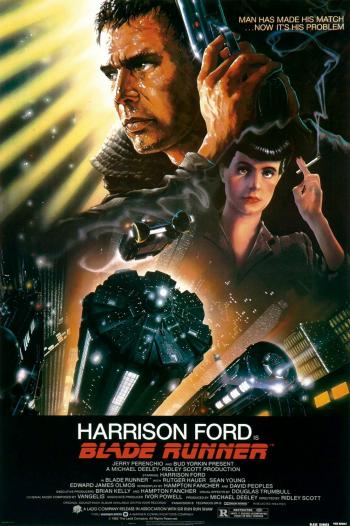