Born in Weymouth, England (UK) on May 8, 1947, Oscar Stewart Blandamer became a sax player with bands like Jimmy James & The Vagabonds, Johnny Wakelin & the Kinshasa Band, Russ Ballard's Band and as one of the founder members of the Q Tips featuring Paul Young.

Stewart wrote one of his most successful songs 'Darlin'' in 1970, but it wasn’t until 1977 that the song was heard by the management of the British country band “Poacher” (who had won a British TV talent show “New Faces”). It was expected that 'Darlin'' would be a big hit for them, but despite a great deal of airplay it didn’t happen. However, the single did make the US country charts, which was a rarity for a British act. Frankie Miller covered the song and made number 6 in the UK singles charts near the end of 1978. Over 50 versions of the song were recorded by various artists including Tom Jones, Sarah Jory, Ronnie Spector, Barbara Mandrell, and Bonnie Raitt.

Stewart’s other songwriting credits include 'A Man Can’t Lose' (for Qtips, peaking at number 25 in the UK singles chart), 'Always' (for Di Lee of Peters & Lee), 'I’ll Mend Your Broken Heart' (for Phil Everly and Cliff Richard), 'Tomb of Memories' (for Paul Young, number 12 in the UK) and Hit Him for Kim Wilde.

Stewart’s two loves are country music and soul, and he went to Nashville to write for nine months, but found it difficult as his kids were still in school in the UK. Back home he formed the Oscar Blandamer Band playing regularly at the Horn of Plenty in St Albans and featuring such luminaries as Andy Powell (Wishbone Ash), Ian Kewley and Mark Pinder (from Paul Youngs Royal Family), Dan Brown, Cedric Sharpley (Tubeway Army).

Stewart carried on writing and recording in between stints touring America and Europe as sax player for Adam Ant and His Men (1983 to 1985), appearing with the Qtips brass section in Paul McCartney’s video for 'Take It Away', sound engineer for the musical 'Buddy' in the West End of London, and as a technician for Cliff Richard and David Essex on worldwide tours. After moving to Spain in the year 2000, Stewart rebuilt his studio in the hills of Murcia, and has steadily built up a catalogue of songs culminating in the new cd 'Blandamer/Lawford Songbook'. 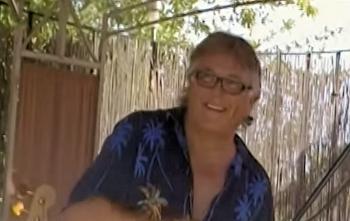