Born Peter Richard Blanshard in Orsett (UK) on August 6, 1954. Richard Blanshard joined Kim's band in 1983 as a saxophone and flute player and toured with the band for years all over Europe. When he played with Kim, Richard was also taking photos professionally on movies and he did shoot photographs of Kim, some of which were actually used for promotional purposes.

Richard also played with Dan Hartman and Elkie Brooks. He still plays live with the Indies, a band that is put together from people in the Film industry, raising money for charity. They made an album and have opened the Cannes Film Festival twice. They also played at the House of Blues and the Avalon in Los Angeles.

In 1995 he directed and photographed a documentary series going from London to New York Overland crossing Siberia at the coldest time of the year. He is now producing and directing documentaries and TV shows. One of the feature documentaries directed by Richard is 'New York City Ballet Workout', a rock and roll movie about the New York City Ballet, going on the road to dance at the Kirov in St Petersburg.
Some of his other film work includes: The Krays, Judge Dredd, Mission Impossible, Equlibrium and Below. Richard still occasionally writes and records music for his film projects.

[With thanks to Richard Blanshard and Pierre Mathis.] 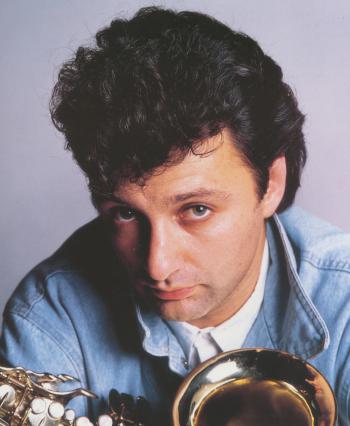 Richard Blanshard as pictured in the 1986 'Another Step' Tour programme.