Blonde Electra consisted of the sisters Jasmina "Jazzy" King (born February 19, 1990) and Natalia "Ruby" King (born May 7, 1992). They formed the duo in 2013 in Düsseldorf (Germany) after leaving their previous band King. They decided to move to England and audition for X Factor after they heard that Simon Cowell had been returned to the judging panel. They were selected to enter the competition. They aroused controversial attention when they kissed each other on stage during their performance of the opening number with the other finalists. After their performance of Kids in America in week 1, they were the first act to be voted out. Although they did not have that much success, their fashion style and choreography stood out.

In 2017 they released the singles 'Radio' and 'Let's Touch'. A debut album 'Pop Tart' was also announced, but never released. 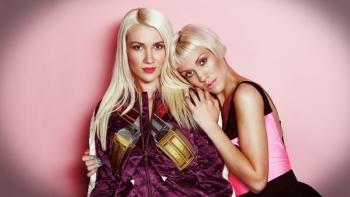