Nick Boyles was born on December 8, 1959. He met Kim when they were both in school. After finishing his education he was asked by Marty Wilde in the summer of 1982 to take care of business for a few months because Kim's career was really taking off. Months turned into years, especially when the Wilde family set up Select Sound Studios. Nick worked there until it was dismantled.
Nick and the Wilde family parted ways briefly after that, but when Kim decided to start up a new career in gardening in the year 2000, Nick was asked to take care of her business again. Since then he almost always accompanies her on her professional travels, during tours and promotional appearances and also takes care of the business side of things: bookings, enquiries, contracts, communication with record companies etc.
He appears in the music video for Rockin' Around the Christmas Tree (2013; the version with Nik Kershaw) and can also be spotted by Kim's side in several TV programmes.
In December 2016 he decided to retire from his management duties.

Kim's incredibly industrious, she's very hardworking, she's very accommodating. I see my job as basically trying to make what is a very difficult job as comfortable and as easy as I possibly can. (1) 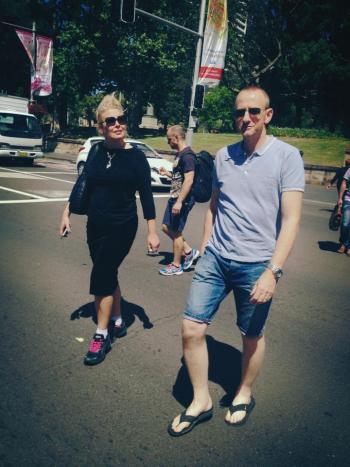