Martin Buchanan played DJ for family and friends as a toddler, putting records on to the deck, introducing them and dancing around the front room to his favourites. At the age of 16 he joined the prestigious National Youth Theatre where he stayed for 6 summer seasons,  performing at London’s Shaw Theatre.  Major roles included Danforth in 'The Crucible', Quince in 'A Midsummer Nights Dream' and Baptista in 'Taming of the Shrew'.

In the Eighties he became one of the UK’s first video jockeys when for several years, he presented his own show on the European satellite TV channel Music Box. Filming both in the studio and on location, Martin made a name for himself finding particular favour in Holland and Scandinavia.  Along the way  he interviewed plenty of pop celebrities including Kate Bush, Robert Plant, Billy Ocean and Kim Wilde.
As an avid listener in his teens Martin was then delighted to be offered a show with Radio Luxembourg. After some time working there, he returned to London to start presenting on Capital Gold.

In the Nineties Martin wrote and voiced live continuity for Channel 4 becoming the voice of C4 schools programmes and wrote and recorded continuity for Discovery Home & Leisure. He voiced promos for Disney Channel and Sky Movies and freelanced with BBC World service radio – providing live continuity and reading the news.

At the end of the decade, following two years at London’s Melody FM, Martin stayed on when the station became Magic FM and went on to present the drivetime show for five years. While at Magic he regularly hosted Disney live events including the ‘Disney on Ice’ spectaculars at Wembley. Acting credits around the time included playing the lead role in the maritime training video ‘Pilot on Board’, appearing in a TV commercial for Sky Sports and performing in comedy sketches for Virgin Mobile. He was also part of a UK & European poster and Internet campaign for Visa International.

In the late noughties Martin joined BBC Radio Kent starting a five year tenure presenting Sunday Breakfast and ad hoc programmes throughout the week. In 2013 he was the voice of the Barclays ATP world tennis finals at the 02 in London gaining his biggest live audience to date with over 100 million viewers around the world hearing his dulcet tones via Sky and the BBC.

Alongside his voice and presenting work Martin runs his own digital media production company Play It By Ear Ltd specialising in audio and video productions for broadcast and corporate clients and has his own home studio for production and voice work. 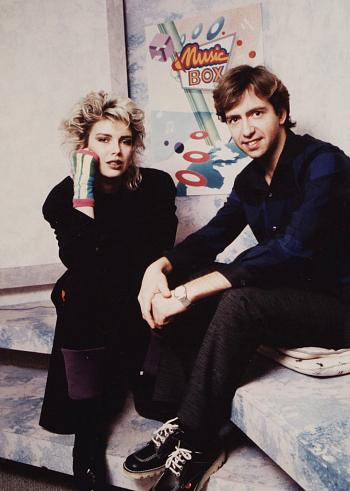