Born in London (UK) on June 29, 1949, Richard James Burgess and his family emigrated to Christchurch, New Zealand in 1959. He showed an early interest in music, especially drums. As a drummer, he gained experience in local bands including Fred Henry, Orange, Easy Street, The Lordships and Barry Saunders. Burgess also showed an early interest in recording production, buying a portable Tandberg tape recorder when he was sixteen to make amateur recordings.

He studied electronics at college before turning to studies in music. After attending Berklee College of Music in Boston in 1972/1973, he moved to London to study at the Guildhall School of Music and Drama.

In the mid-1970s, Burgess was a member of the soft rock band Easy Street, together with Ken Nicol and Peter Marsh. The trio released two albums, 'Easy Street' (1976) and 'Under the Glass' (1977) and several singles. From 1975 through the early 1980s, Burgess co-produced, co-wrote, programmed, sang and played drums for the electronic band Landscape with Christopher Heaton, Andy Pask, Peter Thoms and John Walters. They were best known for the international hit 'Einstein a Go-Go'.

For Kim Wilde, he produced the tracks How Do You Want My Love and Victim.

From 2001 through 2015, Burgess was employed at Smithsonian Folkways Recordings where he was the Associate Director of Business Strategies. He currently serves as the CEO of A2IM: American Association of Independent Music. 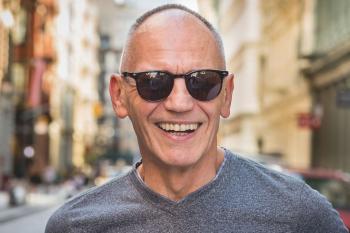