In 2019 Kim Wilde featured in an advert for Cadbury Darkmilk. Jason Donovan starred in another advert. The promos were aimed at those who'll remember the 1980's, and maybe for those who don't too. The TV commercials were directed by Vince Squibb.

The adverts were first broadcast on 20 April 2019 on ITV. The ads, part of a £6m spend, ran until the end of May during 'Coronation Street' and 'Emmerdale' on ITV1, as well as 'First Dates' and 'When I Grow Up' on Channel 4. On digital and social media the campaign was supported by faux ‘behind the scenes’ footage from the TV shoots. It shows young film crew members failing to recognise Donovan and Wilde. Other activity will include PR and sampling of five million chocolate bars. 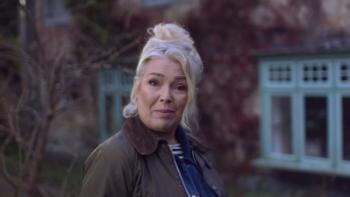