Jonathan Cainer was born on December 18, 1957 in Surbiton, London (UK). He is a British sun-sign astrologer. As a young man, he worked through the diploma course of the UK Faculty of Astrological Studies. He writes a daily column on his website that is reproduced in the Telegraph in Australia and the UK Daily Mail newspaper, in addition to a wide diversity of websites in different languages.
In the mid-nineties, Kim confessed to be interested in astrology and Cainer in particular.

On 2 May 2016 Cainer was found dead at home, in his office, of a suspected heart attack, by his wife Sue. An inquest found that he had taken cocaine shortly before his death, the cardiotoxic effects of which may have contributed to his heart attack.

Kim: Over the years I have felt myself more and more drawn to the subject of Astrology. I always read Jonathan's stars in the Daily Mail and often phone his 'star lines'. I recently met him and was overjoyed. In fact, I was rather 'star-struck'. (1) 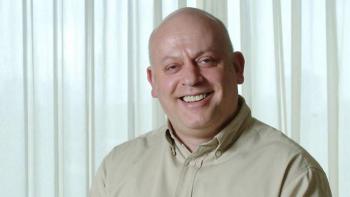