Cascada consists of singer Natalie Horler (Born 23 September 1981 in Bonn, Germany) and two DJ/producers Yanou and DJ Manian. The band name was originally 'Cascade', but changed to 'Cascada' due to legal conflicts. Cascada's first single 'Miracle' was released in 2004. Subsequent singles 'Bad Boy' (2004), a cover of the Roxette track 'How Do You Do' (2005), a cover of Maggie Reilly's 'Everytime We Touch' (2005) and 'A Neverending Dream' (2006) followed. The album 'Everytime We Touch' was released in 2006, and that album included a cover of Kim Wilde's song Kids in America.

At the end of 2007, Cascada released their second album 'Perfect Day'. The lead single 'What Hurts the Most' featured a cover version of Last Christmas on the B-side.

After releasing a few more albums, Cascada represented Germany during the 2013 edition of the Eurovision Song Contest with the song 'Glorious'. Cascada earned 18 points in the Eurovision Final, putting them in 21st place in a field of 26 contestants.

After this, Cascada have released several singles but no further albums, concentrating on performing live instead. 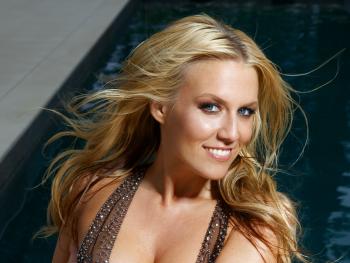