Born July 7, 1887, in Vitsyebsk, Russia (now in Belarus), Chagall was educated in art in St. Petersburg and, from 1910, in Paris, where he remained until 1914. Between 1915 and 1917 he lived in Saint Petersburg; after the Russian Revolution he was director of the Art Academy in Vitsyebsk from 1918 to 1919 and was art director of the Moscow Jewish State Theater from 1919 to 1922. Chagall painted several murals in the theater lobby and executed the settings for numerous productions. In 1923, he moved to France, where he spent the rest of his life, except for a period of residence in the United States from 1941 to 1948. He died in St. Paul de Vence, France, on March 28, 1985.

Chagall's distinctive use of color and form is derived partly from Russian expressionism and was influenced decisively by French cubism. Crystallizing his style early, as in Candles in the Dark (1908, artist's collection), he later developed subtle variations. His numerous works represent characteristically vivid recollections of Russian-Jewish village scenes, as in I and the Village (1911, Museum of Modern Art, New York City), and incidents in his private life, as in the print series Mein Leben (German for "My Life", 1922), in addition to treatments of Jewish subjects, of which The Praying Jew (1914, Art Institute of Chicago) is one. His works combine recollection with folklore and fantasy. Biblical themes characterize a series of etchings executed between 1925 and 1939, illustrating the Old Testament, and the 12 stained-glass windows in the Hadassah Hospital of the Hadassah-Hebrew University Medical Center in Jerusalem (1962). In 1973 Musée National Message Biblique Marc Chagall (National Museum of the Marc Chagall Biblical Message) was opened in Nice, France, to house hundreds of his biblical works. Chagall executed many prints illustrating literary classics. A canvas completed in 1964 covers the ceiling of the Opéra in Paris, and two large murals (1966) hang in the lobby of the Metropolitan Opera House in New York City.

Kim Wilde wrote the song European Soul about Chagall and released it on her album Close. 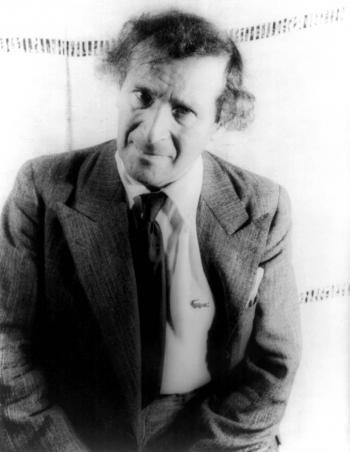