Chalet Girl is a 2011 British romantic comedy film directed by Phil Traill. The film stars Felicity Jones, Bill Bailey, Ed Westwick, Sophia Bush, Brooke Shields and Bill Nighy. The film was produced by Pippa Cross, Harriet Rees, Dietmar Guentsche and Wolfgang Behr, and written by Tom Williams. It was filmed on location in Sankt Anton am Arlberg (Austria) and in Garmisch-Partenkirchen (Germany). Critical reaction to the film was mixed, but overall praised Felicity Jones in the leading role.

Kim Mathews (Felicity Jones) is introduced by a television presenter (Miquita Oliver) as a former skateboarding champion whose mother was killed in a car accident. Kim gives up skateboarding and begins working in a fast food burger bar to pay household bills to help her Dad (Bill Bailey). When she and her dad need more money to pay the bills, Kim goes looking for a job with better pay. Her friend recommends a job choice as a chalet girl, working in the Alps for rich clients. As she is turned down, there is a call to say that the current chalet girl broke her leg and Kim is accepted for the job at the last minute. Chalet Girl Georgie (Tamsin Egerton) is sent to help Kim out but doesn't seem to like her as she is anything but posh or glamorous and she can't ski or snowboard as she has never been to the Alps. Kim is instantly attracted to Johnny (Ed Westwick) the rich son of Richard (Bill Nighy) and Caroline (Brooke Shields), although he is in a relationship with girlfriend Chloe (Sophia Bush).

As Kim is living next to the mountains she tries to teach herself to snowboard although she finds this difficult. Mikki (Ken Duken), seeing her struggle, helps her out and teaches her to snowboard. He notices that she has a natural talent. He persuades her to try out to win a snowboarding competition to win $25,000. Georgie begins to become friends with Kim and later finds out it is her birthday. She takes Kim to a club were they get drunk. She persuades Kim to take the party back to where they are staying, as the family are out. Georgie, Kim, Mikki and Georgie's friend, Amy (Abbie Dunn) are in the hot tub and they are naked. Georgie and Mikki continue to hook up. When Kim gets out of the tub to shovel snow on herself, the family return home and see her naked. Georgie and Kim then proceed to clean the house and pay back for any damage that was done to the house. Kim continues to work on her snowboarding skills and tries to conquer her fear of the high jumps as it brings back the memory of the car crash.

Kim and Johnny become closer and at the end of a business trip with his father and some potential investors he decides to stay behind, presumably to spend more time with Kim. Johnny pays her to teach him how to snowboard, which brings them closer and after a day in the snow they kiss briefly and end up sleeping together. Bernhard (Gregor Bloéb) had spotted them earlier and had alerted Johnny's mother. The morning after their one night stand, Caroline (Johnny's mother) catches them and gives away the fact that Johnny is engaged to Chloe. Kim packs her stuff and leaves the house upset and angry that Johnny lied to her and slept with her even though he was engaged.

As she is going to leave for home her Dad persuades her to stay and try and win the competition as it would have been what her mother wanted. In London, at his and Chloe's engagement party, Johnny breaks up with Chloe in front of the guests. Chloe, piecing together the facts, asks if he is in love with Kim, which he admits to. After hearing the news of their break up, Kim appears to not care about Johnny anymore.

Mikki and Kim enter the competition. Mikki fails to make the high jump and ends up breaking his arm, which takes him out of the chance of winning. Kim does well on all obstacles until she gets to the high jump; she stops as she remembers the car accident again. Although she doesn't make a place in the top 20 to be in the final, she is the first reserve having come 21st. When the finals come, world champion Tara (Tara Dakides, as herself) pulls out and gives up her chances of winning to Kim.

Kim makes all obstacles and jumps, visualizing her mother cheering her on from the crowd; she lands the jump perfectly and wins. Johnny, having come back after breaking up with Chloe, appears behind Kim and apologises; a playful conversation follows and they kiss. It then shows Johnny's mother and father are watching the show on TV and see Johnny and Kim kiss. Johnny's mother, seeing how happy her son is, gives in and agrees to accept Kim.

During the end credits, Chequered Love is played and some members of the cast are seen lipsynching to the song. 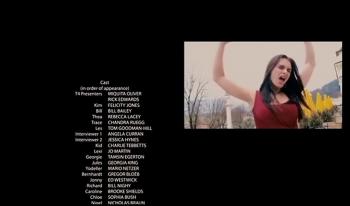 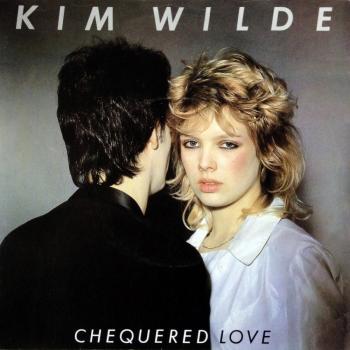