The Chaos Engine are an industrial rock band formed in Cheltenham (UK) by Lee Chaos, Ms Allezbleu, Huw Thorley and Vere Kervorkian in the 1990's. They released their debut album 'Difficult' in 1996. It was followed by 'Obstinate' in 1999 and 'More songs about sex & angels' in 2000. The latter included a cover version of Kim Wilde's Kids in America. Their final album to date is 'Escape ferocity' (2002). After a period of silence they performed live in 2004, but no activity from the band has been registered since. 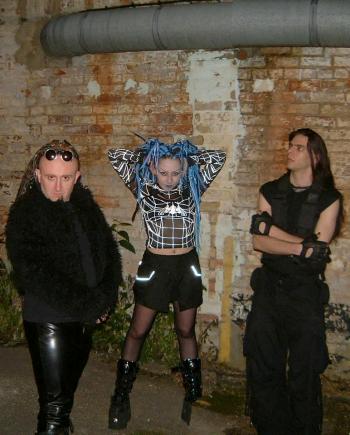