鄭瑞芬 (English: Fanny Cheng Sui Fan) was a singer from Hong Kong who briefly had a career in the music business. She signed a record deal in 1989 and released her debut album 'Be My Baby' that same year. The album featured a Chinese language cover version of Kim Wilde's Four Letter Word, entitled 愛這個字. Her second album 'Love in Motion' followed in 1991. In 1992, she released a greatest hits album, and in 1993 she left the music business. She later became a Christian and remained in anonymity. 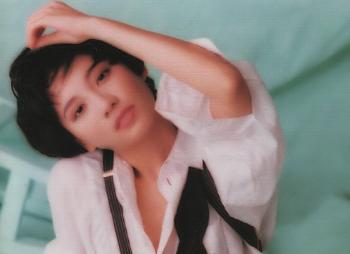