Jahloul “Chico” Bouchikhi formed Chico & the Gypsies in 1992 after he left the band Gipsy Kings, who enjoyed an international breakthrough when they recorded the song ‘Bamboleo’.

In June 2014, they released the album ‘Chico & the Gypsies & International Friends’, featuring duets with various artists including Kim. She sings on the track Las Cartas, which is an adaptation of Sting’s 1993 song ‘Shape Of My Heart’. The album reached number 60 in the French albums chart. 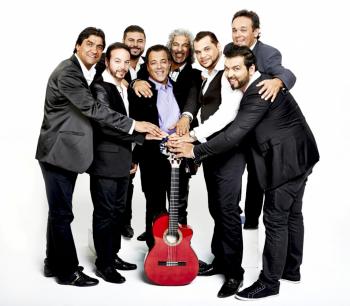