BBC Children in Need  is the BBC's UK charity. Since 1980, it has raised over £1 billion for disadvantaged children and young people in the UK. One of the highlights is an annual telethon, held in November and televised on BBC One and BBC Two. Pudsey Bear has been BBC Children in Need's mascot since 1985, whilst Sir Terry Wogan was its long-standing host for 35 years.

A prominent annual event in British television, Children in Need is one of two high-profile British telethons. It is the only charity belonging to the BBC, the other telethon being Red Nose Day, supporting Comic Relief. 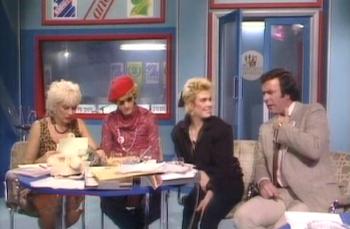