Born May 16, 1945, in London, England (UK). Chinn was working with cars in 1970 when he first tried his hand at songwriting in tandem with Mike D'Abo, landing a bit of material on the soundtrack of There's a Girl in My Soup. That same year he met Mike Chapman, a member of the group Tangerine Peel and a waiter at a restaurant which Chinn frequented. They teamed up and met Mickie Most, owner of RAK Records in the fall, and got the assigment to work with a new band called the Sweet. They wrote most of their hits, such as 'Funny Funny', 'Little Willy', 'Blockbuster' (a number one hit) and 'Ballroom Blitz'. They subsequently became one of Britain's most commercially productive songwriting team, writing for such acts as New World, Suzi Quatro, Mud and Smokie. After being successful in the UK for almost eight years, they finally broke the American market in 1978 with Exile's 'Kiss You All Over', which went number one there.

The punk era made an end to the glamrock that Chinn and Chapman had specialized in, and so their successful writing coproductions came to an end. They started a record label in 1979, called Dreamland, but this folded after only two years. They had a final success with Toni Basil's song 'Mickey', a slightly rewritten version of a tune they wrote for the band Racey a few years earlier.

Chapman started to produce work for other artists, and Chinn slowly disappeared from view. The song Dancing in the Dark, which he wrote with Paul Gurvitz was the only song he wrote for Kim Wilde, in 1983. This song was released as a single but, like some other efforts by Chinn without Chapman, didn't make much of an impact in the charts. 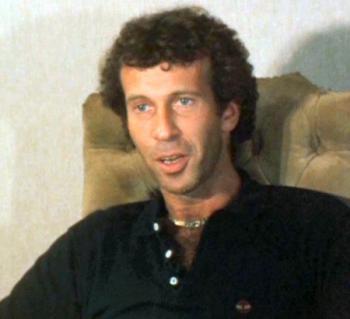