Born as Ian Stuart Colman on December 19, 1944 into a well-known musical family, he took up piano and bass guitar and enjoyed his first taste of success when he joined Pinkerton's Assorted Colours in 1966. Three years later, the group evolved into The Flying Machine and their first single under that name, 'Smile a little smile for me', made the top five in the US Billboard Hot 100.

In 1976, Colman jointly organised a march to the BBC, protesting about the lack of rock and roll music on BBC Radio 1. To his surprise, the corporation took him on as a presenter, headlining his own weekly show. Following the popularity of the programme, Epic Records wanted him to produce Shakin' Stevens. His productions included the number ones 'This Ole House', 'Green Door' and 'Oh Julie'. He was also called upon to produce a wide range of artists, ranging from The Shadows to Paul Kennerley, and Claire Hamill to The Revillos. Colman recorded a hit duet, 'She Means Nothing to Me', for Cliff Richard and Phil Everly, but his singles for the Liverpool acting family, the McGanns, and the Radio 1 DJ Mike Read didn’t take off.

By 1986 Colman had his own studio, Master Rock, in Kilburn; the first record to be made there was 'Living Doll' by Cliff Richard and The Young Ones, for Comic Relief. He followed it with another comedy hit, Rockin’ Around the Christmas Tree, by Mel Smith and Kim Wilde. Apart from his own productions with Jeff Beck, The Inmates and Jane Harrison, the studio played host to Elton John, U2, Eric Clapton and Soul II Soul.

Still pursuing his broadcasting career, Colman then joined London's newly launched Capital Gold, where he played rock and roll at the weekends and anchored the evening slot during the week. At the same time he was producing many major TV music specials for Central Television, where he worked with Natalie Cole, T'Pau, Nona Hendryx and Meat Loaf.

In 1995, geared by his love of American music, Colman decided to move with his family to Nashville, Tennessee, where he went on to record with a wide variety of artists including Victoria Shaw, Nanci Griffith, The Crickets and Linda Gail Lewis. He began by arranging and producing the country demo of the Faith Hill smash 'This kiss'.

In 2002, Colman was diagnosed with cancer of the oesophagus and he was subjected to an intense course of chemotherapy, radiation and surgery. Even so, during this time he wrote liner notes for many CD's including a boxed set of Don Gibson recordings for Bear Family. Following his recovery, Colman appeared in a movie depicting the life and times of Jack Clement, and also reunited with Shakin' Stevens playing bass on tours throughout Europe. Eventually Colman returned to the studios of Nashville where his energies were directed into developing a new set of artists. Then in the spring of 2009 he moved, this time to Manhattan where he married for the second time. His most recent studio projects included a debut album from the Hull based band, Moskow, preliminary recordings with the Italian tenor, Roberto IaRussi, and a new single from the five-piece, Yannick.

In January 2014, Colman returned to the UK to run his business from the Cotswolds. He died from cancer in a Cheltenham hospice on 19 April 2018, at the age of 73. 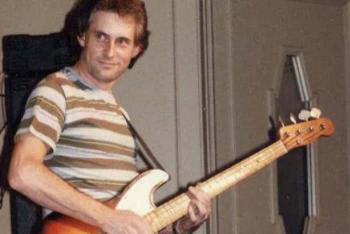