Bassist in Kim Wilde's band since 2017. Paul Cooper was already a bassist in the Hitchin-based band New Town Centres and joined Kim's band after Nick Beggs left at the end of 2015. Besides appearing on most of the live shows since 2017, he also played bass on the album Here Come the Aliens and the live album Aliens Live. 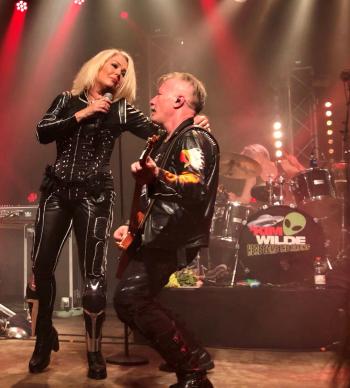