Corporate Christ is the stage name of Simon Lewis, a musician and producer from Cardiff, Wales (UK). After suffering from drug addiction and five years in a psychiatric hospital, a battle with Schizophrenia and a serious bowel disease, he recorded his debut album 'The Pornographer' (2013), featuring a cover version of Kids in America. The sound of the album was inspired by bands like Marilyn Manson and Nine Inch Nails, yet takes a lot of influences from dance music and electro as well.

In 2017 Corporate Christ released a Synthpop EP called 'Adam Kadmon: When The Heart Implodes'. It documents the days and nights following the suicide of his  ex-boyfriend. 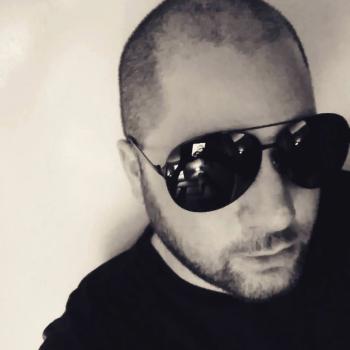