Born as Muriel Desclée de Maredsous in Namur (Belgium) on 7 July 1962, Muriel Dacq is a Belgian (Walloon) singer-songwriter, active in the 1980s in France.

In the early Eighties, Dacq released 'L'Enfer à l'Envers' and 'Ni Pourquoi Ni Comment'. Her biggest hit was 'Tropique', released in France in 1986. It reached number 6 on the French singles chart and earned a Silver disc for over 200,000 copies sold. At the time, the singer was married to Alec Mension, a member of the trio Léopold Nord & Vous which had success in 1987 with the song 'C'est l'Amour', produced by Dacq. She also released 'Là Où Ça???' in 1986, but it was unsuccessful.

In 1995, she tried to revive her singing career recording a new album 'Ohé Du Vaisseau'. This album contained the song Ces Moments Là. 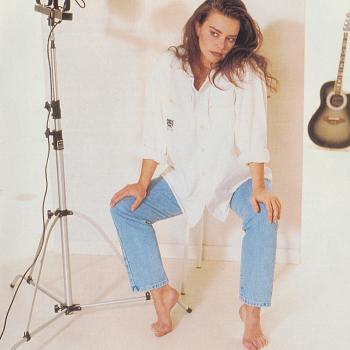