In this 2005 motion picture, Johnny Knoxville plays Daltry Calhoun, a man with a grass seed empire who suddenly discovers he has a daughter. He then has to figure out how to save his business as well as learn how to be a father.
The soundtrack cd contains many hits from the 1970's and 1980's, such as 'Don't It Make My Brown Eyes Blue' by Crystal Gayle, 10cc's 'Things We Do for Love' and Kids in America. 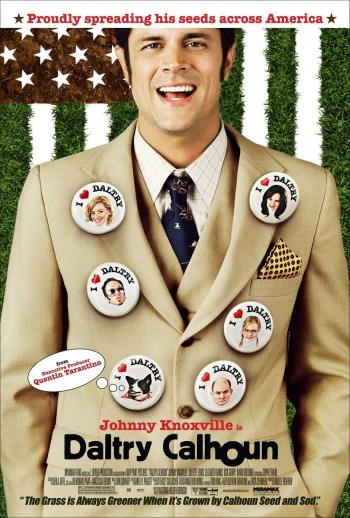