Born as Matthew Jonathan Darey on November 29, 1968, Matt Darey first came to prominence in the 1990's when he started creating remixes for various artists including Mark Morrison, Gina G and Erasure. He also made remixes for Kim Wilde: he created dub and vocal remixes for Breakin' Away, Heaven and Shame.

Through the 90’s whilst developing his sound on the underground Matt was also writing, producing and remixing tracks that were crossing over from the club into the mainstream charts. He pioneered the Trance genre in 1994 with tracks like 'Point Zero'. Alongside his electronic club sounds, producing more epic soundscapes like 'Red skin' for video games and movie soundtracks.

Darey wrote and produced the raga house track by Orgasmatron entitled 'Rock the Disco', which was released on Universal Records in 1996.

Matt’s music inspired many artists who drive the EDM scene today with many citing him as a major influence on their careers with his innovative productions. Paul Oakenfold, Tiesto, Above and Beyond, Armin Van Buren and many more all influenced at some stage of their careers by Matt’s innovative productions.
Matt continued to explore new fusions of genres with his band Urban Astronauts project in 2007. Also appealing to the mainstream with compilations including the best selling Euphoria series with over 3 million albums sold in the UK and the Nocturnal series on Koch records USA.
At the end of 2015, he made the decision to change his stage name to Matt Nouveau, due to the deeper style of music he produces now. 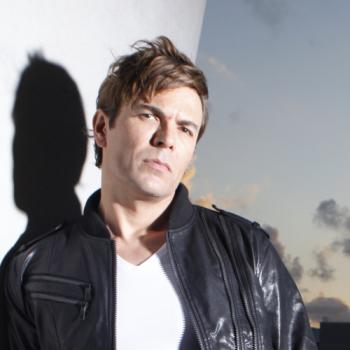