Born on 13 December 1957, Gary Davies worked in marketing for a mail order company and managed a Manchester disco, before beginning his broadcasting career at Manchester's Piccadilly Radio in 1979. He joined BBC Radio 1 in 1982 to present a Saturday late night show, making his debut on 4 December 1982. Within weeks he was on the roster to present Top of the Pops on TV alongside his Radio 1 colleagues.

Gary Davies joined the presenters team at Music Box and Sky Channel when these TV channels started broadcasting via satellite to European homes. He interviewed a host of stars including Kim Wilde during these years.

Meanwhile, he continued his radio work for the BBC, including a lunchtime show from 1984 to 1992. He was projected as an eligible bachelor of the station, with a catchphrase 'Young, Free and Single' and a jingle 'Wooh! Gary Davies'. He also did a charity appearance together with Kim Wilde in 1990, for the Sega Splash for Starlight.

In 1993 Davies was dismissed. He moved to Virgin Radio and worked there from 1994 to 2000. Davies was heard on the Real Radio and the Century Network, presenting a CD chart show until 2008. As owner of a publishing company called Good Groove he also manages new artists. Good Groove's first publishing hit was 'Black Coffee' by All Saints and Davies later went on to sign singer Corinne Bailey Rae.

On 9 June 2017 Davies stood in for Sara Cox to present a special 2¾ hour edition of Sounds of the 80s on BBC Radio 2. This was his first time back on BBC Radio for 23 years. In October 2017, January & October 2018, and October/November 2020, Davies sat in for Steve Wright's BBC Radio 2 show. On 18 May 2018, as part of a re-organisation of the Radio 2 DJ roster, following changes to the station's evening line-up, Davies took over from Sara Cox as the host of Radio 2's Sounds of the 80s. On 13 November 2020 he presented a mastermix of Kim's biggest hits from the Eighties and Kim chose her four favourite songs from the decade. 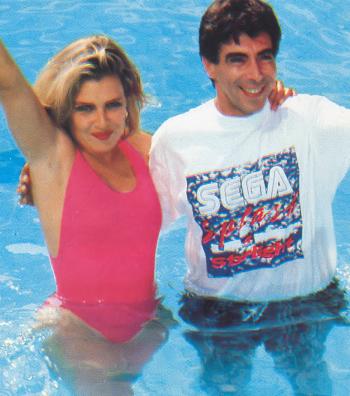