Dimestars formed in 1999 and consisted of Roxanne Wilde (vocals), Morgan Quaintance (guitar), Joe Holweger (drums) and Tom Hanna (bass). They released their first single entitled 'Solo So Long' in October 2000. In March 2001, Dimestars were the support act for Kylie Minogue's sold out UK tour. The second single entitled 'My Superstar' was released in June and only just managed no. 72 in the UK singles chart.

The studio album 'Living for the Weekend' was recorded and released for promotion purposes, but not commercially released. Subsequently, the band broke up in the summer of 2001. 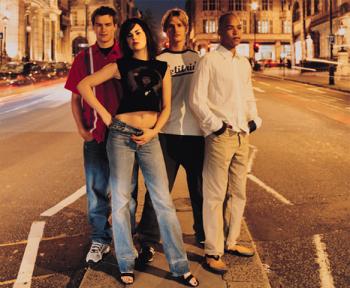