Disco was a music programme on German television, broadcast between 1971 and 1982 on the ZDF channel. The programme was presented by Ilja Richter and consisted of performances of popstars in the studio, as well as music videos.

When Disco stopped in November 1982, the show was succeeded by Vorsicht Musik. 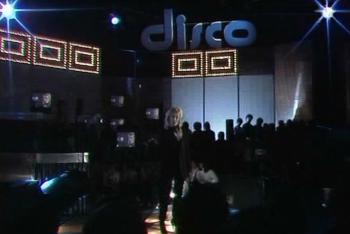 Kim performing in the Disco studio