Another compilation album released by EMI Records, this time on the EMI Plus label. It contains all the singles released between 1981 and 1983, with the exception of Child come away. The 14 tracks are taken from all three of Kim's albums which she recorded for RAK Records in 1981, 1982 and 1983.

The album contains the tracks Love Blonde, Dancing in the Dark, Kids in America, Chequered Love, Cambodia, Water on Glass, Our Town, Boys, Everything We Know, Sing It Out For Love, View From a Bridge, Sparks, 2 6 5 8 0 and Young Heroes.

'The Divine' was released on CD only.
See this page in the discography. 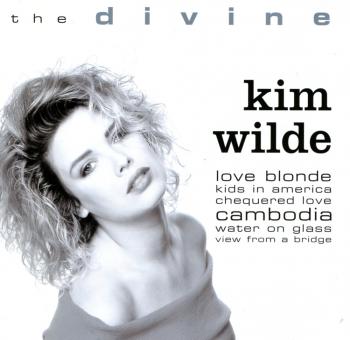