DJ Bobo (real name: Peter René Baumann) was born in Kölliken, Switzerland, to Italian father Luigi Cipiriano and Swiss mother Ruth Baumann. Initially, Baumann wanted to work in the area of confectionery and bakery. This, however, did not last long as his desire for dancing clicked with the development of breakdancing after his high-school graduation. Having been involved in numerous dance-contests, René managed to reach the top-10 of the German dance-contest "Disco Kings" with his acrobatic dance style.

Baumann began his DJ career in 1985, a year after which he was a runner-up in the Swiss DJ Championships. He continued to work as a DJ at numerous night-clubs such as Don Paco and the Hazyland, both in Switzerland, through which he gathered enough experience and later decided to produce his own record. His first single "I love you" came out in late 1989 during which time he would still spin records as a DJ but focused on future releases of his own production. In 1991, DJ BoBo released two other singles, "Ladies in the House" and "Let's Groove On".

His first big success came with the single "Somebody Dance with Me", which borrows its melody from Rockwell's "Somebody's Watching Me". Between 1992 through 2007, he had 27 single chart-hits in Switzerland and Germany, and has won 10 World Music Awards for being Switzerland's best selling artist. René has received numerous Gold and Platinum certifications for his singles and albums and has found success in Europe (primarily in Germany and Switzerland), Asia and South America. 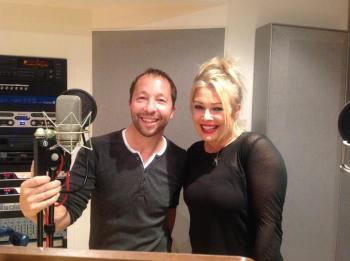