Born 15 April 1944 in Cardiff, Wales. The multi-talented Edmunds has sustained a career for many years by being totally in touch with modern trends while maintaining a passionate love for music of the '50s and '60s, notably rockabilly, rock 'n' roll and country music. He first came to the public eye as lead guitarist of Love Sculpture with an astonishing solo played at breakneck speed on their only hit single, Khatchaturian's Sabre Dance. At the end of the '60s Edmunds built his own recording studio, Rockfield. The technical capabilities of Rockfield soon became apparent, as Edmunds became a masterful producer working with Shakin' Stevens, the Flamin' Groovies and Brinsley Schwarz. The Brinsley's bass player was Nick Lowe, and they formed a musical partnership that lasted many years. Edmunds' own recordings were few, but successful.

In 1975 his debut 'Subtle as a flying mallet' was eclipsed by his credible performance in the film Stardust and he wrote and sang on most of the Jim McLain (David Essex) tracks. 'Get it' in 1977 featured the fast-paced Nick Lowe composition, 'I Knew the Bride' which gave Edmunds another hit. Lowe wrote many of the songs on 'Tracks on wax 4' in 1978, during a hectic stage in Edmund's career when he played with Emmylou Harris, Carl Perkins, with his own band Rockpile, and appeared at the Knebworth Festival and the Rock For Kampuchea concert.
'Repeat when necessary' arrived in 1979 to favourable reviews; it stands as his best album. He interpreted Elvis Costello's Girls Talk, giving it a full production with layers of guitars, and the record was a major hit. Other outstanding tracks were Crawling From The Wreckage written by Graham Parker, Queen Of Hearts and the '50s sounding Sweet Little Lisa.

The following year Edmunds succeeded with Guy Mitchell's '50s hit 'Singin' The Blues' and the road-weary Rockpile released their only album, having been previously prevented from doing so for contractual reasons. The regular band of Edmunds, Lowe, Billy Bremner and Terry Williams was already a favourite on the UK pub-rock circuit. Their 'Seconds of pleasure' was unable to do justice to the atmosphere they created at live shows, although it was a successful album. In 1981 Edmunds charted again, teaming up with the Stray Cats and recording George Jones' The Race Is On, although a compilation of Edmund's work that year, failed to sell. His style changed for the Jeff Lynne-produced 'Information' in 1983; not surprisingly he sounded more like Lynne's ELO. As a producer he won many friends by crafting the Everly Brothers' comeback albums EB 84 and 'Born yesterday' and he wrote much of the soundtrack for 'Porky's Revenge'. He was producer of the television tribute to Carl Perkins; both Edmunds and George Harrison are long-time admirers, and Edmunds cajoled the retiring Harrison to make a rare live appearance. During the mid-'80s Edmunds worked with the Fabulous Thunderbirds, Jeff Beck, Dr. Feelgood, k.d. lang and Status Quo. His own music was heard during his first tour for some years together with the live 'I Hear You Rockin'', although more attention was given to Edmunds for bringing Dion back into the centre stage with live gigs and an album.

In 1985, Dave Edmunds was responsible for the 7" remix of Rage to Love. 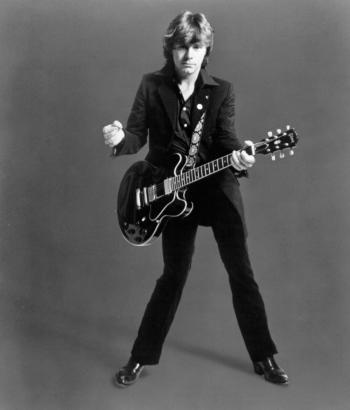