Greek: Είσαι Ότι Αγαπώ, which translates as 'You are what I Love'. Title of a Greek version of You Came, as performed by Bessy Argyraki. This version was released by WEA records in 1988 on an album called 'Ella Eana', containing 10 Greek versions of contemporary hits, such as 'Heaven Is a Place on Earth' (originally by Belinda Carlisle), 'Didn't We Almost Have It All" (originally by Whitney Houston), 'I've Had the Time of My Life" (originally by Bill Medley & Jennifer Warnes) and 'Luka' (originally by Suzanne Vega) 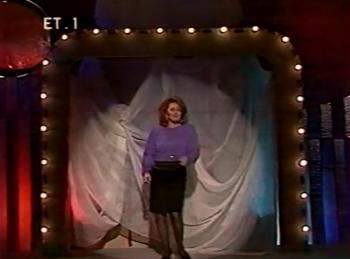