Electric Penguins are a proggy folky rocky ambient electro band, formed in 2007 by Mark Cummins, Sean Quinn and Paul Murphy in 2005. They released their debut album 'Goodbye from the Electric Penguins', recorded in Dublin (Ireland) where the trio was based, in October 2006. The follow-up, entitled 'II', appeared in October 2010. By then, Sean Quinn had left the band. The single 'Highgate hill', taken from this album, was named 'track of the year' by BBC Radio London presenter Robert Elms.

Electric Penguins remixed the track Hope for Kim Wilde, which was released as an exclusive download in December 2013 for subscribers of the Kim Wilde mailing list. They also remixed Burn Gold/Silent Night, which was originally released as a streaming audio track on Soundcloud on 19 December 2014, together with a Christmas message video by Kim.

Both remixes were included in deluxe editions of Wilde Winter Songbook in 2015 and 2020. 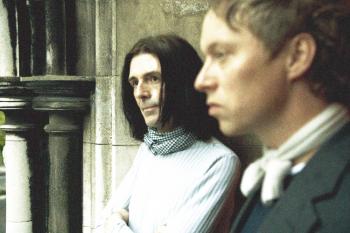