Born 29 December 1951 in Hawaii (USA). American singer Yvonne Elliman played in the high school band, We Folk in her native island before coming to London in 1969. She was singing at the Pheasantry folk club in the Kings Road, Chelsea when the rising songwriters Tim Rice and Andrew Lloyd Webber chanced upon her. They offered her the part of Mary Magdalene in their new rock opera 'Jesus Christ Superstar' and this brought her to the public's attention. She subsequently recreated the role in the film and earned a nomination for a Golden Globe award by the Foreign Press Association. The role also gave her her first hit single with 'I Don't Know How To Love Him', which was also the title of her 1972 debut for Polydor. Her co-star, Ian Gillan of Deep Purple, subsequently signed her to Purple's UK Label.

Elliman then recorded an album for Decca in New York before returning to London to record a follow-up with the help of Pete Townshend. While appearing on Broadway in the American showing of 'Jesus Christ Superstar' she met and married RSO-president Bill Oakes. Through Oakes she was introduced to Eric Clapton and invited to sing backing vocals on the single he was then recording; 'I Shot The Sheriff'. She remained part of Clapton's band for his next five albums. She was also signed to RSO in her own right and recorded the solo 'Rising Sun", which was produced by Steve Cropper. Her next album, 'Love Me', featured a title track written by Barry Gibb and Robin Gibb and became a UK Top 10 hit. The Bee Gees then wrote some of their 'Saturday Night Fever' tracks with Elliman in mind and she had a US chart topper with 'If I Can't Have You'. She has since concentrated on session work although she recorded a duet with Stephen Bishop in 1980 which just missed the US charts.

In 1993, Kim Wilde covered the track If I Can't Have You, and although her version didn't top the charts, it was one of the factors to help make the compilation album The Singles Collection 1981-1993 a bestselling album. 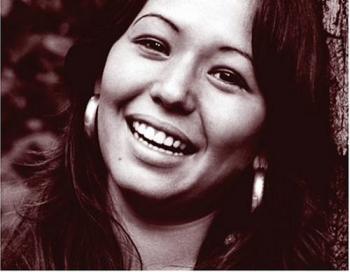