British group the Enid were formed in 1974. The founder of the band was Robert John Godfrey, formerly from Barclay James Harvest. In forming the group he was joined by Stephen Stewart and Francis Lickerish. They released their first album, 'In The Region Of The Summer Stars', in 1976. Two years later the group followed that release with 'Aerie Faerie Nonsense'. It was followed by 'Touch Me' (1979) and 'Six Pieces' (1980). The group, for all intents and purposes, broke up for a time after that album. Drummer Chris North joined the band. They continued to work in their own Lodge studios, where Kim Wilde's debut album Kim Wilde was recorded with The Enid basically acting as her musicians.

After this and other session stints, they recorded 'Something Wicked This Way Comes' (1983), 'Live at Hammersmith' (1983), 'The Spell' (1985) and 'Salome' (1986). In 1988 the Enid performed a farewell gig and called it a day. The show was later released as 'Final Noise'. However, the end was not permanent as the band reformed in 1995. Since then they have released two new albums, 'Tripping the Light Fantastic' and 'Sundialer'. 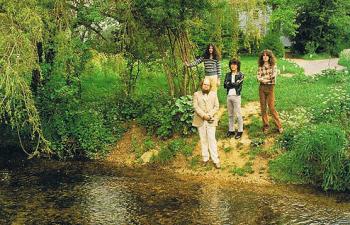