They recorded a cover version of Chequered Love in the Finnish town Nykarleby on December 19, 1981 for what sounds like a demo tape. The recording ended up on YouTube in January 2016, almost 35 years later. 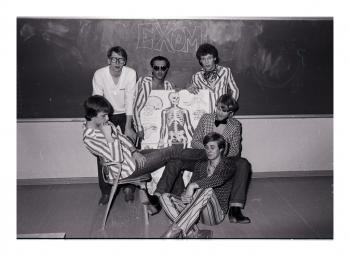