Uwe Fahrenkrog-Petersen was born on March 10, 1960 in Berlin (Germany). He claimed the top spot all over the world when he wrote '99 Luftballons' (a.k.a. '99 Red Balloons' in non-German speaking countries) in 1983. He wrote and produced many more singles while he was part of the band Nena, named after the singer Nena Kerner.
After the band Nena split up, Uwe continued to work with Nena Kerner, who pursued a solo career. He also writes music for films.

In 2006, he produced and co-wrote songs for Kim Wilde, included in her album Never Say Never. 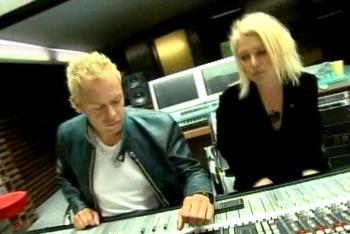 Kim Wilde and Uwe Fahrenkrog-Petersen in the studio, 2006