This family quintet from Britain featured lead vocalist Deniece, plus Stedman, Doris, Lorraine, and Delroy Pearson. Their RCA debut single, 'All fall down', made a big impact in the UK, after which a string of top 10 hits followed with 'Let me be the one', 'Find the time' (penned by Paul Gurvitz) and 'System Addict'. Their biggest hit was the midtempo song 'Rain or shine', which reached no. 2 in the Summer of 1986. Rumours of bankrupcy and sibling rivalry somewhat dampened the success story.

They weren't able to continue their success into the 1990's, and finally split up. Only three members remained when they were asked for the Here & Now Christmas Party tour. They joined Kim Wilde for a nine dates across the UK. They repeated this a year later during the Here & Now Greatest Hits Tour. 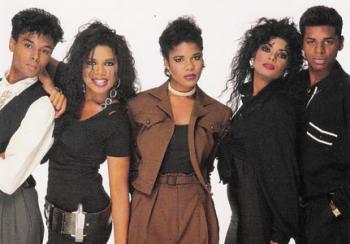