Born on 3 January 1998 as Harry Tristan Fowler. Son of Kim and Hal Fowler.
He shares his date of birth with Lucretia Coffin Mott (1793-1880; American abolitionist and feminist), Clement Richard Attlee (1883-1967; British statesman, who as the head of his country's first majority Labour government, established Britain's welfare state in the years after World War II) and American actor Mel Gibson (1956).

Harry appears in Kim's first gardening book, Gardening with Children (2005) and in the booklet Harry's Garden (2006). In 2010, he played a guitar solo on the track This Paranoia, while he was also playing in his own band 10 Volts. He and the band made an appearance in a Rockumentary that was made to promote the album Come Out and Play.

In September 2012 he formed the band Blighty together with Peter Woodin (bass), Finley Kamen (lead vocalist, occasional keyboard player) and Sean Burton (drummer). They play live in the Knebworth area, Kim has mentioned the band on several occasions during interviews in 2013. Blighty subsequently changed name into Film, and then became Yellow Springs in 2020, with Will Rich taking the place of Peter Woodin and without Finley Kamen. Their first release was the song 'Angel' in June 2020. 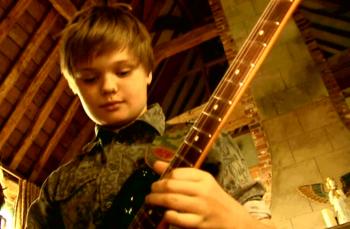