Kim has often stated that her favourite country is France. There are different reasons for this: the music (Etienne Daho, Laurent Voulzy et al.), its romantic capital (Paris) and the language (French), which Kim has studied for a while. It is also the country where Kim has been the most successful on a year-to-year basis in the eighties and part of the nineties.
In the first years of her career she sold an average of 500,000 copies of each of her singles there, with Cambodia alone selling 1,250,000 copies, making it her only platinum-selling single to date.

I like France very much. I spent quite a lot of time doing a lot of promotion there and speak a bit of French and they took to me in a big way. Sooner than any other countries bar Germany perhaps, but France is a sort of special place for me really. I think it was helped by the fact that I was encouraged to love France as a child at school anyway and loved the language from a very young age so those sort of things went in its favour. (1) 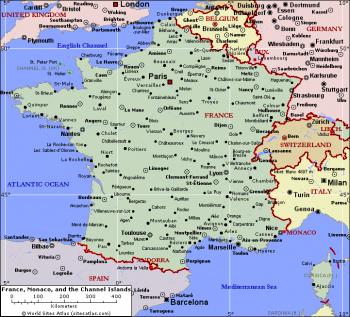