Garden Invaders is an exciting horticultural game show where a family must answer quiz questions correctly to earn each step of a garden makeover - against the clock. The more questions they get right, the more plants they earn for their new garden makeover.
Meanwhile, the Invaders team, made up of some of your favourite TV gardeners, are in a race against time with only 12 hours to complete the makeover. The pressure is on the family to try to win as many items as possible for their garden. Of course, the more items they win, the more dramatic the transformation!

The series were broadcast for the first time on BBC Television (UK) in 2001. During the first two seasons, Kim was one of the resident garden designers alongside Nicky Mager. During the first season she did a lot of the hard work herself, but the show changed slightly in the second season, which made the work easier for the garden designers as the Garden Invaders working team did most of the hard work then.
After two seasons, Kim quit Garden Invaders, but the series is still running now.

I loved the opportunity to transform people's gardens. The worse the gardens looked, the more potential I thought they had. People used their gardens as a glorified skip - there were piles of rubble to get rid of.
It was very physically challenging. I've got a bad back now. That might be down to having had two kids, but pushing barrowloads of rubble probably doesn't help! (1)

The gardens were in a particularly bad state, so we had to work incredibly hard. I was designing, but I had to pitch in with the hard labour, which was back-breaking. I wish I'd taken it a bit easier because I'd only given birth to my daughter, Rose, five months earlier and my body hadn't recovered. (2) 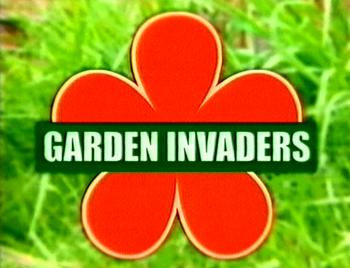