Carolynne Good (Born 5 August 1980, in Leeds) is an English singer-songwriter. At the age of 14, Good joined and fronted a 5 piece country band, with which she toured the UK. At 18, Carolynne moved to London to pursue a career as a singer-songwriter, and in 1998 she got down to the final 15 in auditions for S Club 7, along with Pop Idol contestant Zoe Birkett. In 2001 she signed her first publishing contact with BMG Music Publishing. For the following year, Carolynne developed her songwriting talents in the UK and Europe. Also writing for other recording artists, most of her time was split between London and Stockholm, writing and recording with different song writers and producers.
Together with Ricky Wilde and K. Thomas she wrote 'It's you', a song that was demo'd in 2003 and finally released as Maybe I'm crazy on Kim's 2006 album, Never say never.

In 2003, Good appeared in the second series of the BBC's singing competition Fame Academy, in which she reached the final. Good spent 2004 writing songs, and in 2005 she toured the UK with Tony Christie.

Under the wing of Christie's Amarillo Music, she co-wrote new material and formed the Carolynne Good Band in 2005 with songwriter/bassist Don Rogers, drummer Sean Fitzgerald, guitarists Alex Rogers and Alex Sharman from the London-based band Starling, and keyboard player Maki. Currently writing and recording material for their forthcoming album, the band describe their sound as "a mixture of classic singer-songwriter melodies with a country flavour". 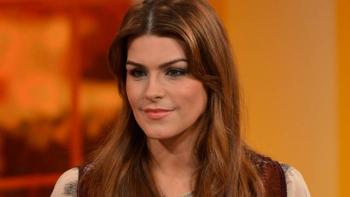